\”In an ever clearer light, John in the Apocalypse has indicated to the disciples of the Lord what will happen in the last times and about the ten kings who will then arise…\” These have a mind and give their strength and power that the beast These will lead war against the Lamb, and the Lamb shall overcome them: for he is Lord of lords, and King of kings…. And they shall lay the waste of Babylon, and burn it with fire, and give their kingdom unto the beast, and set the church in flight. Then they will be destroyed by the coming of the Lord. \”

\”For all these and other words were undoubtedly spoken with REFERENCE TO THE RESURRECTION of the righteous, which takes place AFTER the coming of the Antichrist and all nations destroyed under his rule; in [the time] of which [resurrection] the righteous will reign on earth, grows stronger by The eyes of the Lord, and through him they will become accustomed to share in the glory of God the Father and enjoy the communion of the kingdom and communion with the holy angels, and covenants with spiritual beings, and those whom the Lord will FIND IN THE FLESH ARE WAITING FOR HIM FROM HEAVEN, and he hath afflicted them, and hath delivered the hands of the wicked. \”

\”In the Revelation of John, the orders of these times are spread to see which\” souls of the martyr learn to wait under the altar, while sincerely praying to be avenged and condemned: \”(learned, I mean, to wait), so that the world first may drink to suffer the torments that await it from the bottles of the angels, and that the unfaithful city may receive from the ten kings its deserved judgment, and that the BEAST ANTICHRIST, with his false prophet, may MAKE WAR AGAINST THE CHURCH OF GOD, and that after the devil\’s thrown into a bottomless pit for a while, the blessed privilege of the first resurrection can be obtained from the thrones, and then, after throwing him to the fire, that the judgment of the final and universal resurrection can be determined from the books. Then both scriptures depict the steps of recent times and concentrates the harvest of Christian hope on the last end of the world. \”

\”Now the privilege of this favor [resurrection] awaits those who, in the coming of the Lord, are to be found in the flesh, and who, because of the oppression of the antichrist, will deserve an immediate death, achieved by a sudden change, to be qualified to join. to the risen saints, as he writes to the Thessalonians: \”Therefore we say unto you by the word of the Lord, that we which are alive and remain unto the coming of the Lord shall not come before them that sleep. For the Lord himself cometh down from heaven with a shout, with the voice of the archangel, and with the trumpet of God: and the dead in Christ shall rise first. Then we will also be lifted up with them in the clouds, to meet the Lord in the air, and so we will always be with the Lord. \’\”

\”It is proper that we take the holy scriptures in our hand, and find out from them what and in what manner the coming of the Antichrist is; at what time and at what time the unpleasant shall be revealed, and where and from what tribe (he comes) and what his name is, as indicated by the number of Scripture, and how he will seduce the people and gather them from the ends of the earth, and (how) he will stir up persecution and persecution against the saints, and how he will glorify himself as God; and what his end will be, and how the sudden revelation of the Lord will be revealed from Heaven, and what the whole world will burn up; and what the holy and heavenly kingdom of the saints will be when they reign with Christ; and what the punishment will be for the wicked in the fire. \”

\”With regard to his name, it is not in our power to explain it exactly as the Blessed John understood it and was instructed about it, but only to give a supposed account of it; for when he appears, the Blessed One will show us what we are trying to understand… Therefore we should not pretend that this was his name, nor ignore the fact that he could not otherwise be appointed, but with the mystery of God in our hearts we should be afraid to keep faithfully what has been told to us by the blessed prophets, that, when these things come, we may be prepared for them and not be deceived. For when the time comes, he also comes, of whom it is spoken, to be manifested. \”

\”[The Lord] has foretold that these things will come. At the call of His foresighted words, instruct and teach, prepare and strengthen the people of His church to the full endurance of the coming events. He prophesied and said that war, and famine and earthquakes, and \”plague would arise everywhere, and so that an unexpected and new terrible terror would not shake us, he had previously warned us that the persecution would increase in recent times.\”

\”Because you should understand and believe and keep it for sure, that the day of suffering has begun to hang over our heads and the end of the world and the time of the Antichrist has come nearer to us, something we must all resist prepared for battle;\”

\”Do not let any of you, beloved brethren, be so afraid of the future persecution or the coming of the impending Antichrist, lest you be armed for all things by the evangelical exhortations and ordinances and by the heavenly warnings. The Antichrist comes, but over him Christ also comes. The enemy comes furiously, but immediately follows the Lord to avenge our sufferings and our wounds. \”

\”He speaks of the prophet Elijah, who is the forerunner of the times of the Antichrist, for the restoration and establishment of the church from the great and unbearable persecution.\”

\”The woman who is clothed in the sun and has the moon under her feet and wears the crown with twelve stars on her head and is in childbirth, is the ancient church consisting of fathers, prophets and saints and apostles. …\”

\”He will also make sure that a golden image of the Antichrist is placed in the temple in Jerusalem, and that the apostate angel would come in, and thus speak through voices and oracles … The Lord, who exhorts his congregations concerning the last times and their dangers, says: \”But when you see the contempt that the prophet Daniel speaks of, stand in the sanctuary, then let the reader understand.\”

\”The short time means three years and six months, during which the devil, with all that is in his power, will avenge himself on the church through the Antichrist.\” 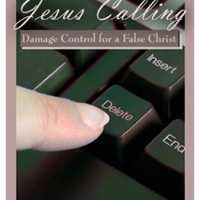 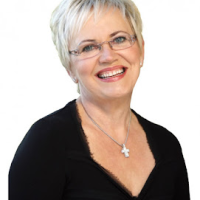 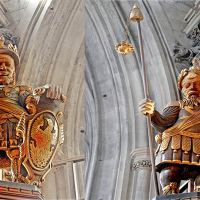