Hoppa till innehåll
Videon där utskriften tagits från har gjorts privat, men alla bilderna i artikeln är tagna från hans presentation. Förhoppningsvis kommer videon bli offentlig igen.
Pope Francis has been one of the most controversial popes in modern history. He has caused outrage even among Roman-Catholics when he shares his opinions about homosexuality, divorce, abortion, capitalism, climate change, and Atheists. Chatter on conservative blogs regularly accuse the pontiff of spreading doctrinal confusion, and isolating those who see themselves as guardians of the truth.
The messages this morning is that there is a great opportunity for you and I to reach out to Catholics because they’re looking at a man they can’t even trust. he’s statements are so bisarre, is so off the wall, that he’s don’t even follow historic roman-Catholicism. And so this is prime-time for us to reach out to Roman-Catholics.
Some of the questions we will answer this morning
So, is the pope really humble? That’s why the world is drawn to him because because of his “humility”. 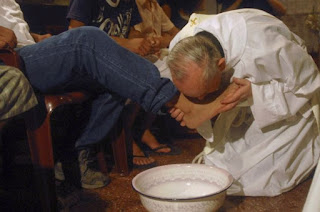 All these arrogant claims are a sharp contrast with any definition of humility. He not only steals the title holy Father, he also takes the title Head of the Church from the Lord Jesus, Jesus who shared his blood for the Church, this man steals that title, and also he takes the title of the Holy Spirit – the vicar of Christ.
Well the pope really seeks to follow Christs example and there was one particular time recently when he came to America that he really did follow the example of Christ. He surrounded himself with prostitutes, thieves and tax collectors. 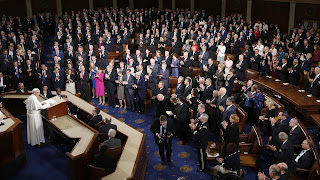 Unlike Christ, when he met before the congress he did not share one scritpture verse, he did not mention the name above all names, but yet he seeks to follow His example.
But by far the most deadly and fatal error of false teacher is a false Gospel. And pope Francis leads 1,2 billons Catholics to Hell because he proclaims a false and fatal Gospel.
He is pointing people to the wrong door. Recently we were in the Vatican and on December 8, the feast of Mary’s immaculate conception pope Francis opened the holy door. He promised indulgences, plenary indulgences, which means all of your sins are completely forgiven if you walk through this door. They will receive this plenary indulgence. This is the first time the holy door has been opened in 16 years. it’s opening is meant to be symbolic of its extraordinary path to salvation. Clearly the pope is a master deceiver who points people to a wooden door, made with human hands instead of an eternal door – the Lord Jesus Christ – who is the only door by which sinners must enter in order to be saved. 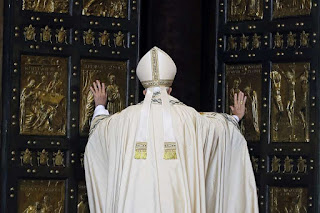 Jesus said: I am the door. If anyone enters by me, he will be saved and will go in and out and find pasture. The thief comes only to steal and kill and destroy… I am the good shepherd. The good shepherd lays down his life for the sheep. (Joh 10:9-11). 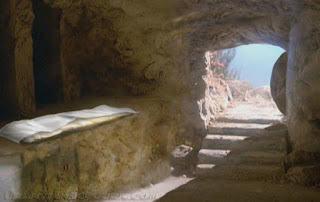 When we look at the Lord Jesus Christ he is the High-Priest who cancelled the eternal sin-debt. It was nailed to the cross. There are no more offerings for sin, because by one offering He has made perfect forever those who are being sanctified. Hebrews 10:14. But yet the pope points people to Mary as the mother of forgiveness. The pope said at the cross, Mary becomes for all people the mother of forgiveness. “For us, Mary is an icon of how the Church must offer forgiveness to those who seek it.” 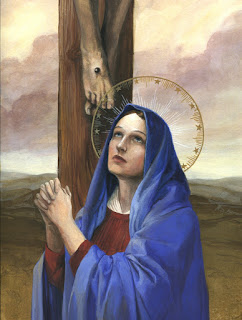 So the pope not only points people to a wooden door, but also to Mary who has no ability to forgive sin. He continues to deceive people with fatal lies because God has not opened his eyes. I’m sure you are familiar with the two men Jesus met after he was raised from the dead. We see that account in Luke 24:45-47. He opened the minds of two men he met on the road to Emmaus. Then he said to them: repentance and forgivness of sins should be proclaimed in His name. Repentance of sin in the name of Christ. Mary has no possibility to forgive sins. The pope says: no it’s not repentance it’s penace that you must do in order to have your sins forgiven.
The pope has recently installed Super-Confessors. 1, 000 priests were appointed to forgive sins that only top level officials previously had the authority to forgive. According to reports, such sins include plotting violence agains the pontiff, defiling communion or violating the secrecy of a confession. So the pope refuses to believe there is only one high-priest who can forgive sins. It is the Lord Jesus Christ who offered himself the perfect sacrifice to a perfect God, and then when he did, the veil was torn open from top to bottom showing that now through faith in the shed blood of Jesus Christ we no longer need priests. We can go boldly unto the Holy of Holies. There is one mediator between God and man, the man Christ Jesus. He is the only one qualified. He is God’s perfect man, and man’s perfect God and he can reconcile lost sinners to a holy Father. The pope needs to read his Bible. But yet rarely you ever hear him say anything regarding Scripture. 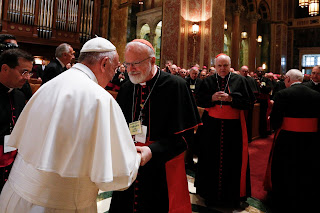 On his recent trip to Mexico pope Francis said his “most intimate wish” was to sit before the image of Our Lady of Guadalupe that “miraculously appeared on a cloth carried by Juan Diego in the 16th century. He said, “there aren’t human explanations, this (miraculous cloth) is a thing of God” and laid a bouquet of yellow roses before the image. 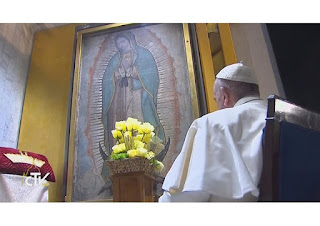 The basilica were this image is displayed has become Catholicisms most popular Marian shrine throughout the world. Over twelve million Roman-Catholics visit there each year. Listen to what the pope said to the bishops of Mexico. He said: I know by looking into the eyes of the blessed virgin there is no other voice that can speak so powerfully to me of the Mexican heart. She guards its highest aspirations. And then he went on to say Christians are called to be Mary’s ambassadors. But what about this miraculous cloth where Mary’s image appeared? Is that a work of God or a work of devil?
Jesus said, “False christs and false prophets will arise and perform signs and wonders, to lead astray, if possible, the elect” (Mark 13:22). So Satan has the power to deceive people with lying signs and wonders.
The coming of the lawless one is the activity of Satan with all power and false signs and wonders (2 Thess. 2:9). for the pope to attribute miraculous paintings on a cloth to a thing of God is just pure blasphemy.
But then the pope rarely if ever, speaks from the authority of the Scripture. Born-again Christians are not ambassadors for Mary. We are ambassadors for the Lord Jesus Christ. But yet the depths of the supernatural blindness that keeps the pope in spiritual darkness is beyond comprehension. Tragically, religious indoctrination is one of the most powerful tools the devil uses to keep people spiritually blind from the truth.
Did you hear recently that the pope said that everyone is a child of God? Pope Francis says that despite the differeing beliefs, everyone is a child of the same God. He said, “Many think differently or seek God in different ways, but there is only one certainty: we are all children of God.” 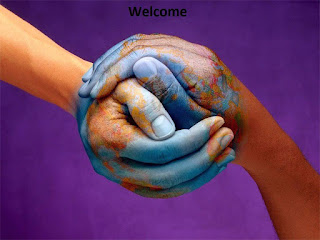 Tragically, people who do not know the Bible are willfully deceived by his man. The popes assertions is completely false according to God’s word. We see in Romans 3:11 that no one seeks after God. And we also know from the Bible that everyone is not a child of God because many are the child of the devil. Listen to what John wrote in 1 John 3:10
“It is evident who are the children of God, and who are the children of the devil: whoever does not practice righteousness is not of God, nor is the one who does not love his brother. (1 John 3:10)
To the apostate religious leaders Jesus said, “You are of your father the devil, and your will is to do your father’s desires” (John 8:44).
Pretty harsh words by the Lord Jesus Christ to the leaders of God’s chosen people. But this strong rebuke of the Jewish leaders followed their refusal to believe the truth of God’s word. So as you have seen from the bizarre statements by the pope he has much in common with the father of lies. Like Satan he does not stand in the truth because there’s no truth in him. When he lies he speaks out of his own character for he is a liar and deceives the world. Everyone that is born into this world is a child of the devil until they receive the Lord Jesus Christ by faith. We see that in John chapter one verse twelve and thirteen. They become a child of God when God brings them to life. It is a work of God not of man.
Well the pope has also praised a leading abortionist in Italy. Her name was emma bornino. Francis praised Italy\’s leading proponent of abortionas one of the nations “forgotten greats”. Emma Bonino worked with an abortion clinic that boasted of over 10,000 abortions. Pro-life leaders expressed disbelief and anger. But where is the outrage among Roman-Catholics? When are the Catholics gonna say enough is enough, this man is a false prophet? How many more babblings do we have to hear from this man before they are convinced that he is leading them down the wide road to destruction?
Well I can tell you one of the good things that has come out of this pontificate, is this pope has really been good for our ministry. Every time he makes one of his babblings I have radio and tv-programs calling me and asking me to come on the air and explain what the pope really meant to say. So as a result of this man more and more people have found out about our resources to reach out to Roman-Catholics. So we thank you pope Francis. Keep on making these bizarre statements.
The only hope people lost in religion have is if you and I on a narrow road reach out to them on a broad road.
And in doing so we must get the Gospel right. There are six characteristics I wanna share with you.